In church, it is spoken about very little, and only with regard to men. It exists with women, too, but you likely won’t hear about it being discussed about women unless you have sought help yourself. I’m talking about sexual desires, issues, and addictions and how it’s killing our church—including our women. 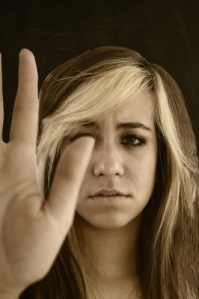 I grew up understanding and believing that men struggled with lust and temptation in the areas of sex. I even grew up knowing that my guy friends would struggle with pornography. But I was the only person I knew, especially in my church, who struggled with having what was mostly seen as a “male-dominated” addiction. In my experience, women were left out of the sexual conversations in church: our desires, needs, and feelings in the area of sex were not discussed or were simply overlooked. Sex is a risqué topic to discuss in church, so if it was talked about, it was tailored to men. And addictions to sex or pornography seemed to be restricted to men alone. So for years, I struggled in silence because I didn’t know that anyone else had my issues. It seems that in this area, women had been relegated to the silent partner.

I was well into my 30s and out of my recovery phase before I found a ministry that targeted women struggling with pornography and sexual addiction issues. Although I had already been through recovery, I joined the ministry because I wanted to pray for other women who were struggling and share my continued lapses and struggles. What began as a small community a few years ago has grown a ministry reaching thousands of women who have been struggling in silence and had no community to share their desires, addictions, beliefs, and needs about sex. That’s thousands of women who no longer want to be silent about their addictions but want to bring out into the open what has been concealed for so long (Mark 4:22). That’s thousands of women: young teenagers, college students, middle-aged mothers, singles, wives, worship leaders, church workers, Jane Does…women like me who no longer want to be imprisoned, who no longer want to be silent about the chains that have been holding them down. That’s thousands of women who are looking to break free.

This new blog series, The Struggle Is Real, will open your eyes to the struggles that women face today in the areas of lust, sex, and pornography. I want to give you facts about women and pornography to increase your understanding that this is not just a male issue. I want to share resources to help those who are struggling so that you can share them or use them. Most of all, I want to bring light into this very dark, secret, hidden place. Ephesians 5:13 says, “But everything exposed by the light becomes visible—and everything that is illuminated becomes a light.” I want this issue to be exposed, visible, and illuminated. I don’t just want my story to become a light for others; I want the issue of women struggling with pornography to become a light that draws others to Jesus. This will be one of the new purposes of Pushy Prophet Girl Ministries.

Pornography and sexual addictions are not just a man’s problems. But it also doesn’t have to be YOUR problem. Jesus offers forgiveness and freedom, cleansing and purification for anyone who asks…including women. Join me in helping women become the not-so-silent partners in the fight against sexual addictions. The struggle is real, but so is our God!

< Previous Next >
+ Add your own event Eventbrite