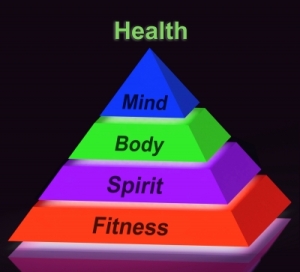 I had just gotten back to the east coast from coordinating my uncle’s post-rehab care in Phoenix. I was tired and emotionally drained as I read an e-mail from my supervisor asking me to stay late the following day to interview candidates for our admin job. I responded to my supervisor with a very direct and factual e-mail about what my office hours were and what my life was like after hours (owning a business). He was angry for hours before finally calling me in to his office. At that point, he began to tell me that my e-mail had rubbed him the wrong way, that they had been very “accommodating” of my schedule this past year, and that he didn’t appreciate the tone of my e-mail. I responded only to what was appropriate: I apologized for any “tone” that might have come across and reiterated my inability to stay late. What could have been a larger argument was toned down because I chose to practice emotionally healthy habits in conflict.

Conflict is one of the hardest things for people to handle. In fact, I’m still looking for ways to improve my conflict resolution skills. But here are three ways I am always trying to improve my handling of one-on-one conflict:

Conflict is uncomfortable, but it doesn’t have to be unhealthy! In fact, conflict is one of the healthiest things we can experience—if we practice emotionally healthy habits. So fight fair, listen actively, and consider your part the next time you have a conflict—and watch yourself grow exponentially!

< Previous Next >
+ Add your own event Eventbrite